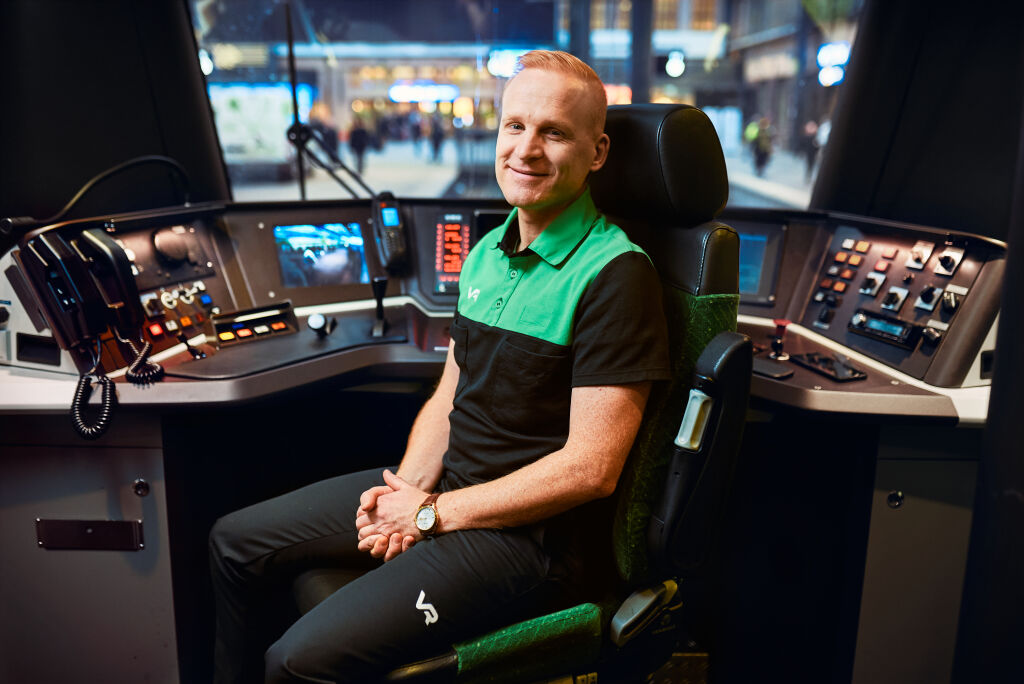 During the spring, VR introduced a DAS system that assists the train driver in both passenger and freight trains. DAS helps to optimise driving the train to increase energy efficiency, improve punctuality and at the same time increase travel comfort. The system has been developed together with Fintraffic, which is responsible for rail traffic control in Finland.

DAS stands for Driver Advisory System. The system provides the driver with proactive information on, among other things, the track and shapes of terrain. The DAS is based on machine learning: during test runs, passenger and freight traffic routes have been traversed and the system has learnt when to accelerate and when to slow down. While driving, the DAS guides the driver and suggests an optimal speed profile to improve driving energy efficiency and punctuality. It is especially useful in situations where the train driver is driving a more unfamiliar route or, for example, the speed limits for the track have changed. In addition, DAS makes the train an even greener choice for customers.

"We are constantly looking for new ways to make train traffic even more climate-friendly. Even small improvements can have a big impact when we drive more than 1,000 trains a day. Machine intelligence is able to optimise the energy efficiency of the speed settings and supports the driver in speed planning. Thanks to DAS, we can reduce emissions by up to 3,500 tonnes of carbon dioxide equivalent per year", says Nina Mähönen, Senior Vice President, Train Operations at VR.

Train traffic is already the most energy-efficient and low-emission mode of transport.

"95% of our passenger trains run on electricity produced from purely renewable hydropower. We will fully compensate the remaining 5% of the carbon dioxide emissions that will inevitably result from operating on non-electrified railway sections. So, every train trip is truly carbon neutral and an act for the climate", Mähönen continues.

Up-to-date information on the railway network plays a key role in the DAS and development work has been carried out in close cooperation with Fintraffic, which is responsible for rail traffic control. Fintraffic has built a driver terminal application (KUPLA) that serves the information needs of train drivers and has created an interface that transmits the information needed for the DAS system, for example, track profiles and speed limits.

"The information on the railway network is constantly changing as a result of various works on the network and the developed interface provides the DAS with up-to-date information to ensure the correct operation of the system. The project faced various challenges, but with persistent and determined cooperation between different actors, the challenges have been solved and the system can now be utilised on a large scale," says Product Manager Jari-Pekka Kitinoja from Fintraffic.

The DAS is part of the applications used by train drivers in their work. It does not replace the professionalism, punctuality and responsiveness of a train driver in traffic, but has been developed to support and complement it. VR's train drivers themselves have participated in the development of the system and been involved in planning the training.

DAS will be phased in from spring 2021 onwards.  In the commuter traffic in the capital region, the DAS is to be used in the summer when switching to VR's new HSL contract period.

"In the new HSL contract period, punctuality and energy efficiency will play an increasingly important role and will also be measured more accurately. DAS is one of our ways to achieve more seamless and climate-friendly traffic, which benefits both our customers and the environment," says Anu Punola, Vice President, VR Commuter Services.