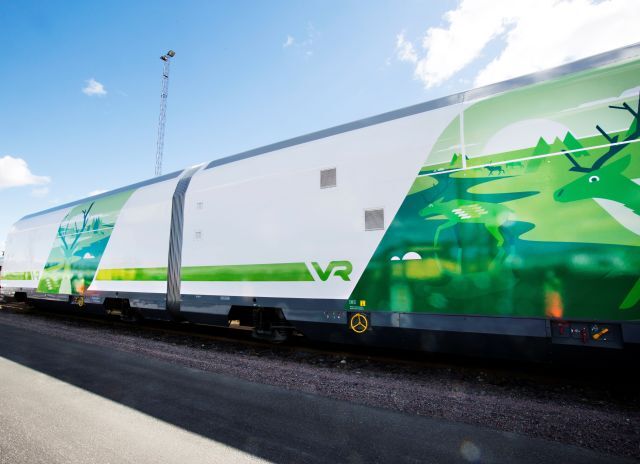 At the beginning of July 2021, VR Group launched the procurement of new night train rolling stock. The procurement includes nine sleeper cars and eight car-carrier wagons. It is a public procurement, and the aim is to complete it so that the supplier is selected no later than by summer 2022. The value of the transaction is approximately EUR 35-40 million.

At present, both the newer double-decker and the older so-called blue night train rolling stock are in use. There are a total of 80 sleeper cars 33 car-carrier wagons. The older blue cars are mainly in use in seasonal and holiday traffic, and their possible replacement has been taken into account in the procurement options.

“Domestic travel is increasing and, in particular, Lapland with its diverse range of destinations is proving interesting. We have added a large number of departures to the north in recent years and the new equipment will allow us to further develop our services. Of course, the procurement of modern night train rolling stock will also improve passenger comfort,” says Topi Simola, VR’s Senior Vice President, Passenger Services.

VR operates night trains to the north from Helsinki and Turku to Rovaniemi, Kemi and Kolari all year round. The new cars will be introduced onto the current routes. Night train traffic is contract traffic completely purchased from VR by the Ministry of Transport and Communications, the continuation of which is currently being negotiated with the ministry. The procurement of the new rolling stock is part of a longer contract traffic agreement being negotiated, and will be finally confirmed after the negotiations.

"We want to develop night train travel and increase the popularity of environmentally friendly train travel, which is particularly suitable for long journeys. Our aim is to increase the share of train traffic to 10% of all traffic by 2030. Modern rolling stock is playing a key role in enabling this development,” says Simola.