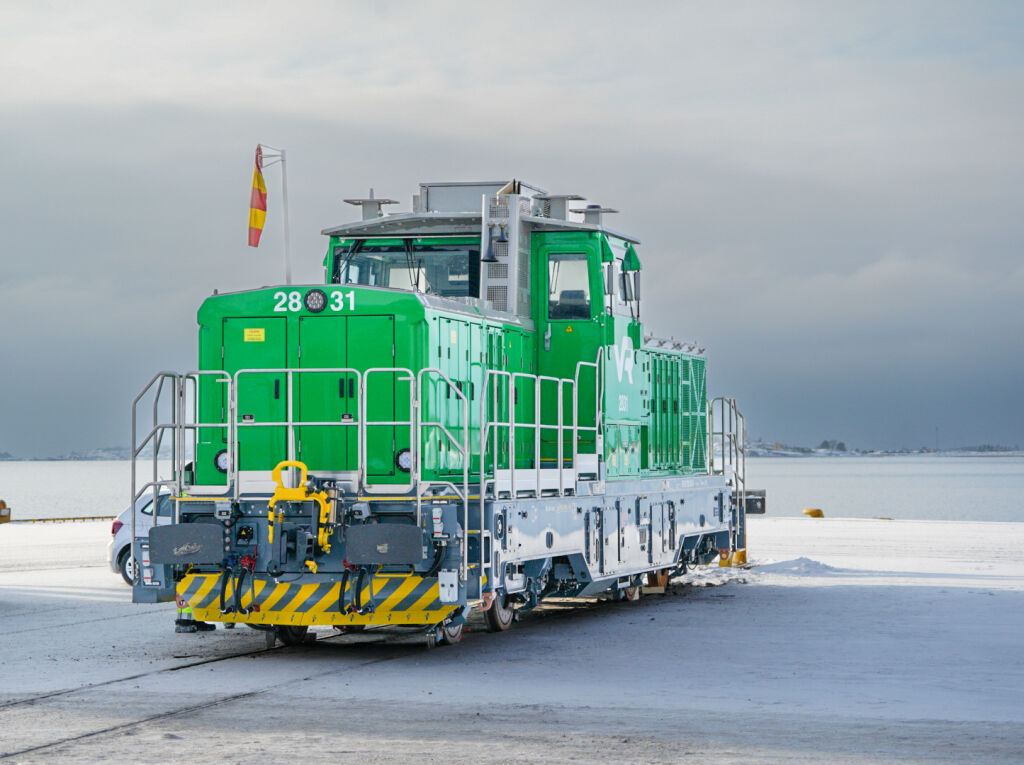 The first new Dr19 locomotive has arrived in Finland and is now starting extensive test runs. The tests ensure the functionality of the locomotive on the Finnish railway network. VR Group has ordered 60 new diesel locomotives from Stadler. They will mainly be used in freight traffic. The first new locomotives will be introduced into commercial traffic in 2023.

The new locomotives will undergo a comprehensive test programme which includes test runs on different railway sections and in different train configurations as well as shunting work tests where wagons are arranged in the railway yards. The test period will last until the end of 2022.

“The new diesel locomotives will be mainly used in freight traffic and their pulling capacity is twice as effective as in our old locomotives. Today, train is by far the most low-emission mode of transport, but we are committed to reducing emissions even further. The new locomotive has many climate-friendly features and its particulate emissions are significantly lower than those of our old diesel fleet. Nitrogen oxide emissions, for example, are 80% lower”, says Ilkka Heiskanen, Senior Vice President, Train Operations and Safety, VR Group.

There is still a need for diesel locomotives, as only slightly more than half of the Finnish railway network has been electrified. VR aims to maximise the amount of electric hauling, but in the future other power sources will also be needed in addition to electricity produced with hydropower. The structure of the new locomotive has been designed so that diesel can, in the future, be replaced with a more climate-friendly energy source once sufficiently competitive and reliable alternatives are available on the market.

“After working intensively on the development of these state-of-the-art locomotives, we are very proud to see the first Dr19 in Finland for testing on the rail network. The high-performance locomotives have been designed, in close cooperation with VR, to operate efficiently and reliably under extreme temperature and weather conditions.  We are convinced that the environmental-friendly Dr19 locomotives will support VR Group's strategy to improve the quality of customers service in freight traffic”, says Iñigo Parra, CEO of Stadler Valencia.

“The new locomotives are an investment in the operating preconditions of Finnish industry. We want to use modern cutting-edge locomotives, which are more efficient, safer and more reliable than before. For the customers, our new locomotives will enable even greater operational reliability”, says Martti Koskinen, Senior Vice President, VR Transpoint.

Dr19 locomotives will replace the slowly ageing diesel locomotives, which by then will be about 40–60 years old and have already exceeded their normal lifecycle. In 2022, five locomotives will be delivered to Finland, and after that the deliveries will continue on a regular basis until the entire series of 60 locomotives has been delivered by the end of 2026. The procurement contract also includes an additional order option for 100 locomotives.